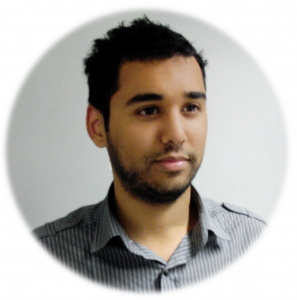 After his graduate work, Prof. Chudasama took a year out to work in patent law, before returning to UCL to do a postdoctoral stay in the laboratories of Prof. Stephen Caddick and Dr Mark Smith where he turned his attention to developing novel reagents for cysteine and disulfide functionalisation. In 2013, he was highlighted by Scientific American to be one of 30 scientists, under 30 years old, across the world with promising prospects in Chemistry and selected to attend the 63rd Lindau Nobel Laurette Meeting.

In 2014, Prof. Chudasama was awarded a prestigious Ramsay Fellowship in the field of Chemical Biology and was made Technical Director of biologicals company (ThioLogics), which is based on technology he is an inventor of (www.thiologics.com).

In 2016, Vijay was cited as being one of CNN News’ 2020 visionaries for his work in the field of antibody-drug conjugates before being promoted to a Reader position at UCL in the section of Organic Chemistry & Chemical Biology.

In 2017, Prof. Chudasama was highlighted by GSK at their prestigious GSK Emerging Academics Symposium for his work on the treatment of cancer. He was then selected as the 2018 Howard Prize Lecturer, which celebrates world leading mid-career academics working in the biophysical sciences (BSI).

In late 2019, he was promoted to Professor of Organic Chemistry and Chemical Biology at UCL.

In 2020, he was accediated with being a Senior Fellow of the Higher Education Academy (SFHEA).

Most recently, in 2021, Vijay was awarded the RSC Hisckinbottom Aware for the development of reagents and strategies for site-selective protein modification to enable targeted therapy, imaging and diagnostics.

He is also one of the founders, and the Technical Director, of UCL spin-out ThioLogics™ (http://www.thiologics.com).

Prof. Chudasama also runs a laboratory module for New York University London and has a teaching position at the University of Lisbon.